Christmas and Its Traditions’ History 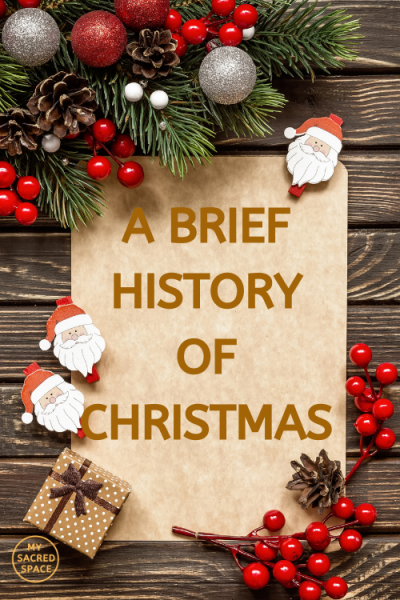 After I have kids, I began to look for the meanings of the rituals and celebrations to make those days more fun and facilitating the connection for them and me.

So, these days I was making research around Christmas meaning, the history, and its pagan origins, celebrations, rituals, and traditions.

It is quite interesting and exciting I should say. If you are ready, I am so. Let us go.

Before continuing to read, just stop for a while. Have a deep breath and think about it, how Christmas started? Who, when, and where?

My research has shown me that we are in front of a collaborative ritual, which has been shaped by many people during human history.

Christmas is showing us our deep need to feel free, connect each other and with the One and celebrate (whatever it means to each of us).

A brief history of Christmas

What is its meaning and who started?

Christmas is the celebration of the birthday of Jesus.

When and How did Christmas start?

What are the Christmas pagan origins?

Those days before Christianity, there were many celebrations just at these times. In Scandinavia, Norse people were celebrating Yule from 21st December through January.

In Germany, people were honoring the Pagan God Oden and in Rome, they were honoring Saturn, the God of agriculture, during the celebrations of Saturnalia.

Saturnalia was a celebration remarkably similar to Carnival in spirit, as slaves were becoming masters and masters becoming slaves those days.

World upside down. This always astonished me to be able to live our shadows even for some days. What wisdom in the celebration. I need to read more about what Jung said about Saturnalia!

Why 25th December is celebrated as Christmas?

Taking all this symbolic meaning into account, it makes total sense celebrating the birth of Jesus symbolically on this date as well.

It is good to remember that part of the Eastern Christian Churches celebrates on December 25 of the older Julian calendar, which currently corresponds to January 7 in the Gregorian calendar.

Why it is celebrated?

So until 336, Christmas was not celebrated and Easter was the main holiday.

With the fact that the birthday of Jesus was never declared in any place until Constantine said so and the similarity of 25th of December between the pagan celebration dates, it seems like Christmas has been started as a continuation of the celebration of a pagan culture.

How did the celebration start?

So I like to dream of the starting of the Christmas celebration as the birth of new consciousness. People find new ways of loving and understanding what love is and they continue to celebrate in the ways that they know. It is not that this or that, it is the continuation of the story, the evolution of loving, each time more.

Then even something weirder took place in the 19th century. Americans re-invented Christmas in a way maybe with what they needed most. Christmas converted from being a crazy festival like Carnival for some, has converted to a family-centered, day of peace.

December 25th is the official start. Advent is 4 weeks before, which ends on December 24. It is mostly fasting, purification, and self-reflection time.

From Dec. 25 there are 12 days till January 6th coming of Magi or 3 wise men, called 3 kings’ day or Epiphany.

The legend says that 3 King Men came from the East following a star to bring gifts to the new King: Jesus. The gifts were incense, gold, and myraa symbolically reflecting spirituality, kingdom, and death.

So the period starts with the 25th of December which is Christmas Eve and continuing 12 days until the 6th of December, the day of 3 Kings.

How it is celebrated around the world?

Christmas can be the most spread celebration full of rituals around the world. There are many ways of celebrating it as well as common celebrations. Below I have prepared you a list of common Christmas rituals and traditions where I also explain how each of these Christmas traditions started.

1.Nativity scene display: People are creating the story of the birth of Jesus including the 3 Kings with the real objects. They decorate them at home or in public places it is very common to see such displays.

2. Christmas markets: Having Christmas markets where you can find items such as Nativity scene display decor items, Christmas trees, gifts, are taking place in many countries. These markets are bringing the celebration spirit to the town with all lights, music, smell, and ferry mood.

3. Christmas decorations: Preparing your sacred space is a very important part of the preparation of a ritual. It symbolically makes you ready for the ritual so makes it easy for you to connect.

4. Door wreaths: Before Christianity in Pagan cultures, we know that people were decorating their houses with evergreens as the symbol of eternal life. This tradition is continuing with the evergreen door wreaths.

5. Christmas trees: Where Christmas tree originated from? Bringing decorated trees tradition started in the 16th century in Germany. There is also a legend about Martin Luther that he added for the first time lighted candles to a tree inspired by the stars while he was walking home late at night.

6. Christmas Eve, a meal with family: In pagan cultures at every turning point of the season, a big celebration with a meal was a very important tradition. We see the continuation of this. Families are eating together with the most delicious food that they prepared with love and care.

7. Advent calendar: The advent calendar is a calendar starting from the 1st of December till the 24th, making it possible the count down.

Now, you can find advent calendars with little chocolates in the supermarkets at this time of the year.

Our little advent calendar ritual at home: After dinner, we are opening the day of the calendar that takes place. Each day a person is opening, whoever turns it is. Before opening, the person is singing the Christmas verse: ‘Navidad, Navidad dulce Navidad, alegria de este dia hay que celebrar, hey!’ meaning ‘Sweet Christmas, the happiness of this day, one has to celebrate, hey!’ and then the person is saying what he/she is celebrating that exact day for.

Santa Claus: There are many different little rituals around Santa Claus that each needs special attention. First of all who Santa Claus is and the origins of this tradition.

Saint Nicholas was a saint that was born in Turkey in 280 AD. He was a rich man and gave away all that he had. Then he traveled around helping to poor and sick. He was the protector of children and sailors.

In the Netherlands there was a celebration called Sinter Klaas, honoring the death of this saint, Saint Nicholas. Santa Claus came to America, while Dutch immigrants were gathering to honor Sinter Klaas.

Then in 1863, political cartoonist Thomas Nast drew Moore’s poem and gave a body and a face to Saint Nicholas.

In the 1890s Salvation Army found an idea around Santa Claus to ask for donations to provide free food to people in need. Unemployed people wore the Santa Claus suits and with ringing bells went around the city to ask for a donation, which started a big trend of Santa Clauses around.

So here today, we have many rituals around Santa Claus, Saint Nicholas. He has been such a great lover that his name is still living and in such a miraculous way.

9. Santa Claus gift-giving: On the 24th of December night till morning, Santa Claus is bringing what the kids asked for to them. Kids write a letter until this date to Santa and according to how they have behaved, they receive additionally candies or coal.

Why it is important?

Like other rituals, Christmas is also providing a connection point. Between each other, to ourselves, and the One.

It is bringing the magic, the soul, and the unseen to the stage for 1 month.

As we have looked here, it is a collective creation of a ritual. We are continuously evolving and affecting each other, so do our rituals and celebrations as well.

The meaning of the ritual is the important one, not the form. It is up to you; how do you want to do the ritual and the celebration at the end of the day. The importance is the connection. Christmas is providing an opportunity for this if this is what you ask for.

What does it mean to me?

Christmas time is a period for me, starting with the winter solstice and ending on the 6th of January.

It is a time of purification, self-reflection, forgiveness, and gratitude.

I enjoy that magic is in the town, watching many Christmas movies, talking about spiritual topics with my kids, asking children what they ask for to 3 Kings or Santa Claus.

For me, it is time for celebration and being hopeful for the birth of those potentials and gifts inside me.

As the Christmas story tells us, we have all the freedom to discover its meaning for us and celebrated it in our way. What does Christmas mean to you?

Below is a Pinterest friendly photo…. so you can pin it to your Self-Love Board! 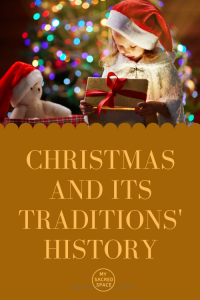 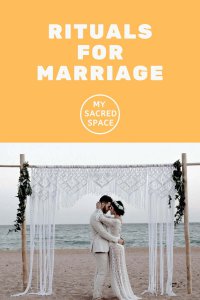