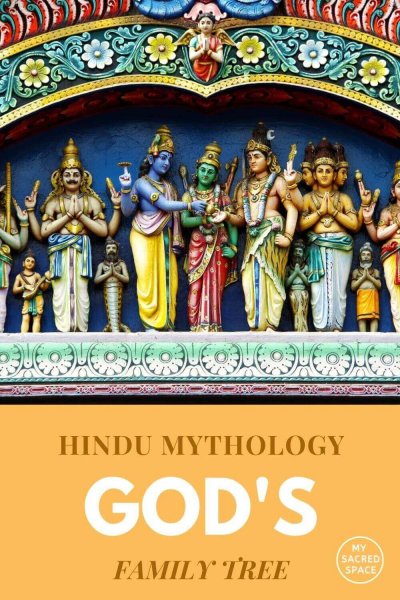 I have always been interested in mythology, not being sure why.

Greek mythology, Hindu mythology, or the mythology of my land; Anatolia and Mesopotamia.

How one can learn about Hindu mythology?

I have found out a possible answer to my interest in mythologies in the words of Joseph Campbell:

“The wonder is that the characteristic efficacy to touch and inspire deep
creative centers dwell in the smallest nursery fairy tale—like the flavor of the ocean is contained in a droplet or the whole mystery of life within the egg of a flea.

The symbols of mythology are not manufactured; they
cannot be ordered, invented, or permanently suppressed.

They are spontaneous productions of the psyche, and each bears within it, undamaged, the germ power of its source.

What is the secret of the timeless vision?

From what profundity of the mind does it derive?

Why is mythology everywhere the same, beneath its varieties of costume? And what does it teach?”

Joseph Campbell, The Hero With A Thousand Faces

I am learning, and on my way, I am sharing with you my discoveries.

So let’s start this adventure. Are you ready?

Hindu mythology is quite wide and consists of a complex family tree. Getting the correct order can be tricky.

Most of the Hindu Goddesses and Gods originated from the three supreme Gods Brahma, Vishnu, and Shiva.

They also do have their consorts, with whom they gave birth to many children.

These Gods also have their alternate avatars.

However, Vedic culture does not mention avatars.

The avatars of Gods are widely found in post-Vedic cultures, especially in Puran Scriptures.

Below I have mentioned the avatars and the children of the three main God of Hindus:

Brahma is the first God of the Hindu Trimurti and is considered the creator of everything, including Goddess Saraswati.

Though some Hindus do not like how Brahma lusted his own creation, he had no other option as they were the first Gods.

Together Brahma and Saraswati gave birth to multiple children.

Different avatars and children of Brahma are:

Lakshmi, who is the god of beauty in Hindu and also the Goddess of wealth and fortune, is the consort of Vishnu, the God of preservation.

When Vishnu came to the world in the avatar of Rama, Sita (an avatar of Lakshmi) incarnated as his consort.

Different avatars and children of Vishnu are:

The story of Shiva and Parvati is so heart-touching that I had to tell you.

As the Supreme God, Shiva had no antecedents. On the other hand, Sati was a princess and daughter of Daksha.

For that reason, Daksha didn’t approve of the marriage of Shiva and Sati.

Daksha later arranged a special sacrificial ceremony for every God except for Shiva.

Sati was so angry that she jumped into the sacrificial fire and passed away.

The demons were destroyed in the ceremony and beheaded Daksha. Other Gods then appealed to Shiva to stop this violence, and he calmed down.

Daksha was brought back by Shiva, but with the head of a goat.

Eventually, Sati was reborn as Parvati and married to Shiva again. Together they gave birth to several children.

Different avatars and children of Shiva are:

Alongside the Hindu Goddesses and Gods in the Family Tree, there are many Gods in Hinduism whom Hindus worship.

I have covered some of the names below:

Indra is considered to be the King of Gods in Hinduism.

He is the God of storms, lightning, and war, which are similar to the power of Indo-European Gods such as Jupiter, Thor, and Zeus.

The other two are Rudras and Vasus.

Adityas are the offspring of Goddess Aditi. Rudras are different forms and followers of the God Rudra-Shiva.

And Vasus are the attendant deities of Indra and Shiva.

Who is the sun god in Hinduism?

Besides Indra, Surya is another God in the Adityas.

That’s why Surya is considered the God of the sun in Hinduism.

Who is the God of War in Hinduism?

Kartikeya is the Hindu mythology god of war. He is one of the sons of Lord Shiva and Parvati.

Who is the God of death in Hinduism?

Yama or Yamarāja is the Hindu mythology god of death. He is the son of Sun God Surya and Sanjana.

Who is the Hindu god of love?

Kamadeva and Rati are the Hindu god and goddesses of love.

There is confusion about Kamadeva’s parents as different Hindu scripture recognize him with different parents.

Interestingly he has been portrayed as the son of all of the three Gods in the Trimurti across scriptures.

Mangala is the God who is named after the planet Mars. He is the God of A

Aggression. Mangal is the son of Varaha, who is one of Lord Vishnu’s avatars.

Which Hindu gods are blue?

Lord Vishnu appears in Blue skin in Hinduism. Besides, one of his avatars, Krishna, also has blue-colored skin.

Which Hindu god to worship for a baby?

Shashti is the Hindu goddess of childbirth, reproduction, and children. Hindus worship Shashthi for babies.

Who are the most powerful goddess in Hinduism and the strongest god in Hindu mythology?

Now, after knowing about so many Hindu Goddesses and Gods, you must be wondering who the most powerful and strongest ones are?

Vishnu is considered to be the most powerful God in Hindu mythology.

He is the God of preservation, and Hindu mythology recognizes him as present in every living being.

However, there is some debate over the issue.

Many scholars consider Shiva as the strongest God in Hinduism.

A popular story, on the other hand, shows even Shiva recognizes Vishnu as the superior one.

Again, one of the oldest Vedic Sanskrit texts, “Rigveda,” considers Rudra as the “mightiest of the mighty.”

In that sense, Rudra is the strongest one.

Both Rudra and Shiva have a lot of similarities, which is why many scholars consider them the same.

Durga is considered the most powerful Goddess in Hinduism. She is the Goddess of preservation, power, strength, and protection.

Parvati, the consort of Shiva, is one of Durga’s avatars.  Durga is associated with a famous legend, which depicts her strength and makes Hindus revere and worship her.

Mahishasura was a half buffalo demon who pleased Brahma, the creator, by doing severe penance.

As a reward, he asked for immortality. Brahma refused, and then Mahishasura asked for a boon that only a woman could kill him.

Lord Brahma granted this wish. Like in many cultures, in Hinduism too, Mahishasura thought women were weak.

So, after getting the boon, he started to torture the innocents.

Worried about his actions, the Devas went to the Trimurtis, Brahma, Vishnu, and Shiva.

They together created Goddess Durga and gave her their weapons.

Hindu mythology gods multi-armed is very common, and Durga is said to have ten arms.

Durga went to fight Mahishasura and defeated him comfortably.

Learning about mythologies is like learning a new language. So take your time and enjoy the journey.

Below is a Pinterest friendly photo so you can pin it to your Hindu Gods and Goddesses Board!