How to Celebrate the Winter Solstice? 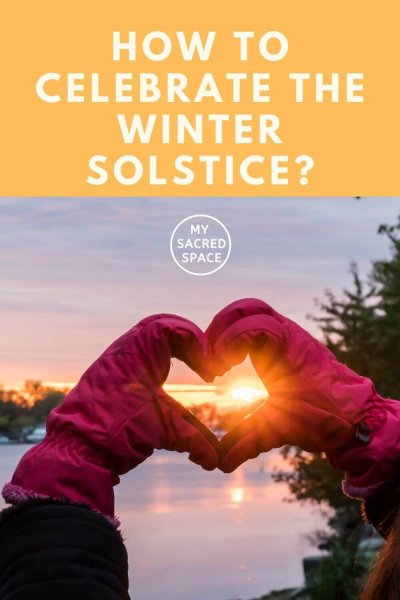 That magical time is coming again, the day of the longest night—Winter solstice. You are wondering how to celebrate the winter solstice?

Very well thought. Winter solstice symbolizes the rebirth of the sun, new days, and a fresh start in life.

It tells you that the longest night is over, and the dawn is at your doorstep. So it deserves a celebration.

To answer your question about celebrating the winter solstice, I would like to get you on a journey.

Let’s discover how our ancestors, those people who lived before us on this planet, celebrated this special day.

With this inspiration, we can find our way. Let’s start.

Who is the goddess of the winter solstice?

Our ancestors were living in several realities.

For their world, symbols, rituals, and the conversation with the sacred were more common, something in their daily life.

Spiritual and physical life were not as separated as today. On the contrary, everything was related and connected to the One.

Beiwe: Winter solstice is the time when we celebrate nature and the earth being alive again.

Therefore, a Scandinavian goddess called Beiwe is the perfect match in their culture, being a goddess of fertility and good health.

The story is she used to fly in the sky at night with her daughter.

Then, riding on a flying cart made of some reindeer bones, she searched for the grass and greenery.

She did that to feed the reindeers.

Frau Holle: Another Norse goddess is the Frau Holle, linked with snowfall and the evergreen plants.

There is a myth saying that Frau Holle is shaking her flaky feathery mattress during the winter snowfall. As a result, snowflakes are pouring down.

Demeter: For ancient Greeks, Demeter, the goddess of changing seasons, is their winter solstice goddess.

When Hades kidnapped her daughter, Persephone, the legend tells that Demeter was so sad that earth became dead for six months. The land got a life again when her daughter returned.

During the winter solstice time, she used to fly on her broom and gift candies and presents to the children having good manners.

How to celebrate the winter solstice as a pagan?

To acknowledge the returning sun, the families, especially fathers and their sons, used to bring large logs of Yule trees home.

The Norse assumed that the glints and sparks from the fire indicate the birth of calves, pigs, or cattle animals.

It was the symbol of prosperity and fulfillment for them.

Ancient Norse thought of the sun as a wheel that brings light to them again on the winter solstice.

They considered the sun as the reason behind all the seasons’ changes and the caretaker of their crops.

For this reason, they worshipped the sun.

Therefore, wreaths made of evergreen are ordinary during the winter solstice.

However, they keep them at their doors and homes to invite the spring season again.

Ham or pork is cooked and eaten at the Yule feast. It is a symbol of a good harvest and abundance.

#2. St. Lucia: This was a Scandinavian festival honoring the light; this ritual also pays homage to a Christian martyr named St. Lucia.

Lucia was a brave girl who helped imprisoned Christians by visiting them with food on nights.

Due to the darkness, she carried candles on her head to see in the dark.

Therefore, on this day in Scandinavia, girls are clad in white dresses. They also have red sashes.

Furthermore, they honor Lucia by carrying candles as well as the garlands with candles on their heads.

Moreover, people burn fires during the whole solstice festival to frighten the evil ghosts or spirits as the darkest night is there.

Also, there is a story of Tomte or Nisse in Scandinavia.

The traditional stories tell that he was a minor figure of three feet and had a white beard and red hat.

He appeared on the farms and guarded the animals there on the winter solstice.

Also, he became angry with the farmers who did not take care of the cattle properly.

Thus, during the solstice, farmers still keep a bowl of porridge at their farms for Nisse. They do it to be in his good books and get his help in safeguarding the animals.

#3. Alban Arthan: having the meaning of ‘light of winter or light of Arthur, the festival is the symbol of the sun’s rebirth.

Druid legends tell that Arthur was the reborn sun at the time of winter solstice.

Hence, they welcome him as he is the symbol of hope and life for them.

A similar Yule log ritual takes place as they symbolize it with the sun’s strengths.

The log must be a gift or belong to the own land.

Thus, it symbolizes the transition of light and goodness from last to next year.

Also, there is a ritual to spread the log ashes in the crops while sowing the seeds in spring.

Thus, they meant to incorporate their products with the power of the sun symbolically.

Another custom is of wassailing in which the farmers poured wine in the trees so that they flourished and gave more fruits.

Therefore, they keep the evergreens at their homes as a symbol of welcoming life.

#4. Saturnalia: it was an ancient Roman winter solstice celebration. The celebrations were in honor of the god Saturn, the god of time and agriculture.

It was the symbol of celebrating food and harvest.

It went on for seven days.

Moreover, keeping all the social standards aside, gambling and drinking have become common these days.

Food and drinks were abundant.

Also, people freed their slaves for the time being and treated them equally.

As the New Year is about to begin, farmers particularly consider the winter solstice as a sacred time.

They celebrate the arrival of warm sun that will beat the cold winter and look after their crops.

It symbolizes the arrival of good health and the departure of diseases. Moreover, to celebrate the returning sun, people burn huge bonfires.

#6. Shab-e-Yalda and Celebration of Mithra: This is the ancient celebration of Iranians’ longest night of the year.

Shab-e-Yalda means the night of birth.

Hence, Iranians enter the winter solstice by also celebrating the birth of Mithra.

Mithra is the god of the sun in Persian culture. They believed that Mithra conquered the darkness.

Families and friends gather on the night together to bring a sense of safety towards their loved ones from evil.

Also, the burning of fires is an essential act to purify and illuminate their lives against the dark winter nights.

A very homely festival as it is, people enjoy the yummy feasts.

Furthermore, a tinge of poetry boosts up the festive night.

Finally, they also witness the sunrise as they welcome the excellent light and reject the evil of darkness.

And the celebrations begin to appreciate the positive energies, good vibes, and longer, lighter days.

Families take some time to spend together and wish everyone good luck as the new year is also coming.

And any of the Chinese festivals are incomplete without the traditional foods.

Rice balls in sweet or savory soups and delicious dumplings are some traditional meals to enjoy.

#8. Inti Raymi: The meaning of ‘sun festival’ is the winter solstice celebration in the Southern hemisphere.

An ancient community of Inca celebrated the winter solstice by honoring the sun god Inti.

As the sun rose, they bowed down to it and presented a sacred drink of fermented corn.

Also, they sacrificed the animals to make Inti happy so that he would continue the sunlight.

Finally, they captured the sun rays by a mirror and focused them to light a fire.

Light and fire both have symbols of protection and purification from the evils.

How to celebrate the winter solstice?

So now it’s time to design your celebration.

These questions can help you with that:

You can find ideas about the rituals for the winter solstice here.

The more we connect with these special days’ symbolic meaning inside us, the deeper our celebrations will be.

Slow down for a second, take three deep breaths, visualize that day and feel and see how you would like to celebrate it.

Then take action and create a day full of celebration for your winter solstice.