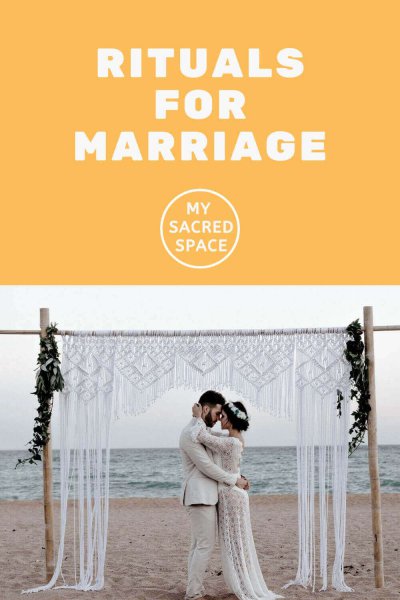 Are you planning to tie the knot? Then it would be best if you wanted to make this day memorable with some unique rituals.

Today, I’ll tell you about marriage rituals from different parts of the world.

What is the ritual for marriage?

Marriage is a sacred union between couples that is acknowledged by the law, society, and religion. In a marriage, two people commit to staying with each other for the rest of their lives.

Marriage rituals mean performing various rituals to commit. Everything is a part of marriage rituals, from exchanging rings to taking vows.

Why are marriage rituals important?

Marriage rituals are an important tradition as it recognizes the sacred bond between two people and publicly declares the love and commitment of the bride and groom. In addition, it helps strengthen the bond between spouses.

Arranging wedding ceremonies and performing the rituals also allow relatives and friends to get together and celebrate the day.

What are the rituals before marriage?

Rituals for marriage start weeks ahead of the wedding day. However, marriage rituals vary in cultures, religions, and countries.

Followings are some of the popular marriage rituals celebrated before the wedding day:

Ring exchange or engagement is one of the most common pre-marriage rituals performed by people in almost every religion and culture. In the ring exchange ceremony, the parents announce the marriage decision, and the couple exchange rings. It usually takes place months before the wedding day.

Henna or Mehndi ceremony means the application of henna paste on the hand and feet of the bride. Mainly the bride and her friends & female relatives perform this ritual. But in some cultures, the groom also participates.

Musical evening or sangeet is a pre-wedding ceremony where the guests or family members participate in singing and dancing. Bride & Groom usually held different sangeet ceremonies in their own house.

Haldi ceremony is most common in India, where married men & women apply on the bride & groom’s body on the morning of the wedding day. This is because they believe it will bless the couple for a better-married life.

As I already told you, rituals for marriage vary in different parts of the world. Let’s look at some of the old wedding traditions and their meanings in different cultures and religions:

The Islamic ritual for marriage is called nikah or katb al Kitab, which means signing the marriage contract. Usually, an imam or a religious leader officiates the ritual.

In older traditions, the ritual was mainly performed at a mosque. But nowadays, the nikah occurs in a bride’s home or at a wedding venue.

Wedding rituals in the Philippines

Catholic marriage traditions inspire wedding rituals in the Philippines. Usually, the Groom waits at the church or venue with his parents, and later the bride arrives and performs the marriage.

One of the significant rituals in the Hindu wedding is the seven steps or phera. To perform the ritual, the groom leads seven rounds around the mandap, a sacred fire, followed by the bride. During the rounds, the groom holds the bride’s finger or hand or ties their garments.

But what does it mean, and why are there specifically seven steps? Let’s find out:

What is the meaning of seven rounds in Hindu marriage?

The meaning of seven rounds or saptapadi is to take seven vows or make seven commitments to stay together and share the love for the rest of their lives.

In Hindu marriage, the seven rounds refer to the following commitments:

Why are there seven steps in marriage?

The seven steps or rounds in the Hindu marriage came from the Vedic wedding traditions. Each of the rounds refers to a vow most essential to follow when you decide to spend the rest of your life with your loved one.

What are some unique wedding traditions?

The sand pouring ritual means the bride and groom will pour sand from two different jars into a single vase or container. It signifies their promises to unify with the sacred bond.

In Indian tradition, after finishing the marriage rituals, the bride & the groom will play a game to find the ring from a bowl of milk and other ingredients. Whoever finds the ring first will receive a gift from the other person.

Often couples write love letters to each other on the wedding day and put them into a bottle or container. They promise to unfold and read the letters on a later day, such as the first anniversary or tenth anniversary.

Not all wedding rituals are only fun but also weird. Here are three bizarre wedding night rituals:

In Korea, the family or friends of the groom take off the groom’s shoes and beat his feet with sticks or dried fish. The belief is that it will strengthen the groom in his married life.

The weird toilet drinking marriage ritual in France forces the newlyweds to drink the leftovers from the toilet, mixing them with anything they want. People believe that it will provide immense couple strength.

In an Irish marriage, the bride must be able to dance without lifting her feet. This is because they believe if the bride lifts her feet, the fairies will fly her away.

What are some modern marriage traditions?

Many couples prefer to sign a marriage contract in court without religious formalities. If you are looking for some non-religious wedding ceremony ritual ideas, here are a few:

Marriage is the sacred union between two souls. Here are some unity ceremony ideas:

For performing a unity candle, both bride and groom will take two candles and then light up a unity candle to symbolize their bond.

You also can write your names on a padlock with your wedding date. Then, throw away the key and lock it to symbolize your unity and bond strength.

Another idea is to wrap the bride and groom in different blankets to symbolize their different lives. Then covering them with a new white blanket to unify them.

Wedding day is one of the happiest days of our lives. These various rituals can make any wedding ceremony more exciting and fun. If you plan to get married soon, I wish you the best of luck with your new married life.