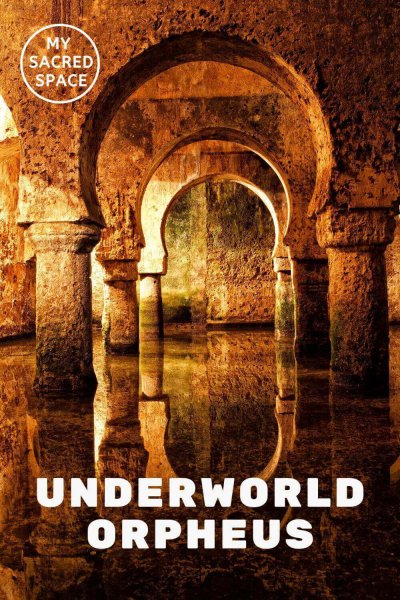 We are starting our adventure around one of the most explained myths in history; Orpheus in the underworld of Greek mythology.

Our journey will be about listening to the story near a campfire inside a forest and hearing wisdom from our ancestors, Eliade and Campbell.

Just close your eyes and take a deep breath.

Feel the existence of Eliade, Campbell, and Orpheus. They are guiding us.

Orpheus in the underworld definition

The descent of Orpheus to the underworld is often described in initiation traditions. Later, within the Christian tradition, Dante’s Divine Comedy will begin with a theme belonging to this archaic journey.

According to Eliade, the fifth century are the first references to his descent to the underworld to bring back his wife, Eurydice. But, unfortunately, he fails because he looks back too soon or because the infernal powers oppose his undertaking.

Before we start to go deeper into the details of the story, let´s take a look at the characters.

Orpheus in the underworld characters

Who was Orpheus in love with?

Orpheus was in love with Eurydice, a wood nymph. His passion for her was as big as his love for music.

On their wedding day, Eurydice was raped by a satyr, and while she was trying to escape, she had been bitten by vipers and died.

Orpheus found her and began to live with enormous grief. He sang sad songs that nymphs and Gods were all too painful to hear.

Finally, Gods recommended he go to see Hades and Persephone to take Eurydice back to Earth with him.

On his way to the underworld, his music helped him.

His songs soften the heart of Charon, the ferryman of Hades, the Greek underworld, carrying the souls across the rivers Acheron and Styx, which separated the worlds of the living and the dead. So he gave Orpheus a ride even though he was alive.

Moreover, the music helped with Cerberus, the hound of Hades, a multi-headed dog that guarded the gates of the Underworld to prevent the dead from leaving. So he let Orpheus enter the underworld.

He would not look back to see Eurydice until they both completely went out under the light by leaving the darkness.

What happened when Orpheus and Eurydice tried to return to Earth?

Orpheus was so happy and thought it would be easy.

During the journey, maybe because of the doubts that Hades would never leave Eurydice or because of not being patient to see the face of his love, he looked back while climbing the stairs just before the sunlight. It was the last moment he could see Eurydice.

What happened when Orpheus tried to return to the underworld the second time?

Orpheus tried to return to the underworld, but it was not possible. So he did what he could only do—singing his songs with extensive and deep grief.

He lived his life waiting to die, and one day while worshipping Apollon, he was killed!

“But having gone down into Hades because of his wife and seeing what sort of things were there, he did not continue to worship Dionysus, because of whom he was famous, but he thought Helios to be the greatest of the gods, Helios whom he also addressed as Apollo.

Rousing himself each night toward dawn and climbing the mountain called Pangaion, he would await the Sun’s rising so that he might see it first. Therefore, Dionysus, being angry with him, sent the Bassarides, as Aeschylus the tragedian says, they tore him apart and scattered the limbs.”

His head, thrown into the Hebron, floated to Lesbos, singing. Piously recovered by the Muses, it served as an oracle.

What is the meaning of Orpheus in the underworld?

Let’s continue exploring deeper meanings of this Greek myth by sharing some quotes from the books I had read related to the topic.

“Another tool frequently emphasized in Miraj (ascension) phenomenon is the ladder.

In Egyptian tradition, it is mentioned that the Pharaoh sometimes ascended to the sky by ladder.

In the Orpheus tradition, climbing the ladder ritually symbolizes ascension. Origenes speaks of a ladder made of different metals in Mithraic mysteries, each with steps associated with another god.

In the Tanakh, it is mentioned that the Prophet Jacob saw a ladder reaching the sky while asleep.

Bonaventura also refers to a symbolic situation beyond the word’s initial meaning when he says,

“The world is a ladder that allows us to ascend towards God.”

The word miraç means “stairs, the thing to climb,” and is vital in naming the ascension “miraç” in the Islamic tradition.”

Orpheus in the underworld, meaning

“The Greek myth of Orpheus and Eurydice, and hundreds of analogous tales throughout the world, suggest, as does this ancient legend of the farthest East, that despite the failure recorded, a possibility exists of a return of the lover with his lost love from beyond the terrible threshold.

It is always some minor fault, some slight yet critical symptom of human frailty, that makes impossible the open interrelationship between the worlds; so that one is tempted to believe, almost, that if the minor, marring accident could be avoided, all would be well.

In the Polynesian versions of the romance, where the fleeing couple usually escape, and in the Greek satyr-play of Alcestis, where we also have a happy return, the effect is not reassuring but only superhuman.

The myths of failure touch us with the tragedy of life, but those of success only with their incredibility.

And yet, if the mono-myth is to fulfill its promise, we shall have to be shown not human failure or superhuman success but human success.

That is the problem of the crisis of the threshold of the return. We shall first consider it in the superhuman symbols and then seek the practical teaching for historical man.”

The Hero With a Thousand Faces by Joseph Campbell

Orpheus’s journey to the underworld is unusual because

“This is an archaic and universally disseminated symbolism. Victory over sleep and prolonged wakefulness are a rather typical initiatory ordeal.

Among certain Australian tribes, the novices who are being initiated must not sleep for three days; alternatively, they are forbidden to go to bed before dawn.

We have seen the initiatory ordeal in which the famous hero Gilgamesh fails miserably: he cannot stay awake and loses his chance to obtain immortality.

In a North American myth of the Orpheus-and-Eurydice type, a man succeeds in descending to the underworld, where he finds his wife, who has just died.

The underworld lord promises to take his wife back to Earth if he can stay awake all night. But twice, and even after sleeping during the day in order not to be tired, the man fails to stay awake until dawn.

It is clear, then, that “not to sleep” is not only to overcome physical fatigue but to demonstrate the possession of spiritual strength.

To remain “awake,” to be fully conscious, means: to be present in the world of the spirit.

Jesus constantly told his disciples to “stay awake” (see, for example, Matt. 24:42). And the night of Gethsemane is made especially tragic by the disciples’ “inability to “keep awake” with Jesus.”

A History Of Religious Ideas: From Gautama Buddha to the Triumph of Christianity, Mircea Eliade

Why was Orpheus attributed special knowledge of the underworld?

“Orpheus is called “The Fisher,” who fishes men living as fish in the water out into the light. It’s an old idea of the metamorphosis of a fish into a man. The fish nature is the crudest animal of our character, and the religious line is intended to pull you up out of that. “

The Power of Myth by Joseph Campbell and Bill Moyers

What was Orpheus known for?

“Like the shamans, he is both healer and musician; he charms and masters wild animals; he goes down to the underworld to bring back the dead; his head is preserved and serves as an oracle, just as the skulls of Yukagir shamans did even as late as the nineteenth century.”

“Now our singer was famous as the “founder of initiations” and Mysteries.

According to Euripides, he showed “the torch-march of those veiled mysteries” (Rhesus 943).

The author of Against Aristogeiton (25. 11 = Kern. Orph. Frag., no. 23) stated that Orpheus “has shown us the most sacred initiations,” referring, in all probability, to the Eleusinian Mysteries.

Finally, his relations with Dionysus and Apollo confirm his fame as the “founder of Mysteries,” for these are the only Greek gods whose cult involved initiations and “ecstasy.”

“But Orpheus was known primarily as the disciple of Apollo.

According to one legend, he was even the son of the god and the nymph Calliope.

He owes his violent death to his devotion to Apollo.

Finally, as “founder of initiations,” Orpheus attributed great importance to purifications, and katharsis was a specifically Apollonian technique.”

“Orpheus is presented as the outstanding founder of initiations. However, if he is proclaimed the “ancestor of Homer,” it is better to emphasize the importance of his religious message, which is in radical contrast to the Olympian religion.

We do not know the fundamentals of the initiation that was supposed to have been “founded” by Orpheus.

We know only its preliminaries: vegetarianism, asceticism, purification, and religious instruction.

We also know its theological presuppositions: the transmigration, and therefore the soul’s immortality.”

A History Of Religious Ideas: From Gautama Buddha to the Triumph of Christianity, Mircea Eliade

A History of Religious Ideas From the Stone Age to the Eleusinian Mysteries, Mircea Eliade, Willard R. Trask

We came to the end of our journey about this famous Greek mythology and the hints about its possible meanings.

Who knows, after this, you can sit in a deep meditation where you can meet with Orpheus and ask him all your heart’s questions directly.

Orpheus is calling us on a long journey. Are you hearing? 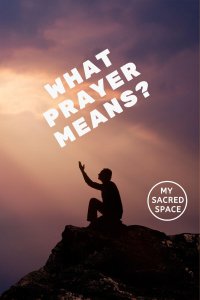 There have been moments in my life when my medicine prayers poured from my heart, where I have felt a deep connection with the Divine.