What Ramadan is All About? Let’s Explain Ramadan 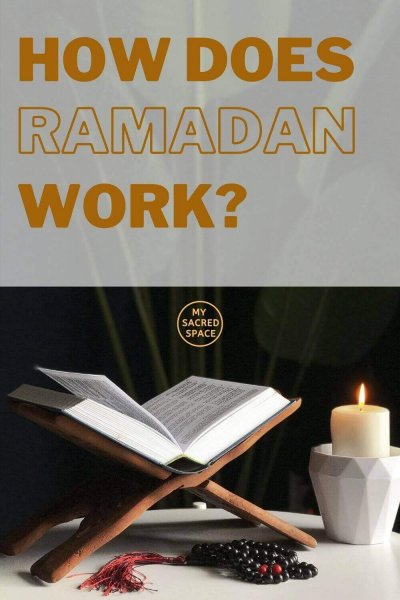 In the search of the meaning of Ramadan from where one can start? Maybe from the 5 pillars of Islam. Islam has 5 pillars which means the ritual obligations of Muslims. The first pillar of Islam is the Shahada, the assertion of faith. The second is Salat – prayer, the third is Zakat, almsgiving. The fourth pillar is fasting during Ramadan and the fifth one is Hajj, pilgrimage.

Yunus Emre, the great lover, a humanist, and Sufi poet of the 13th century said in one of his poems that “Sharia and sect is the way for those who are up to the path.”

Muslims see these pillars as must have to live a mindful, faithful life full of love in the wake of Prophet Muhammed.

With this guidance in mind, I intend to look deeper into the wisdom of Ramadan fasting for all those who are on their own path.

Let’s start from the beginning, what is Ramadan?

Ramadan, the ninth month of the Muslim calendar, is the holy month when Muslims fast by abstaining from eating, drinking liquids, and any kinds of sexual intercourse from dawn to sunset.

The Islamic calendar, also known as the Hijri, Lunar Hijri, Muslim or Arabic calendar, is a lunar calendar consisting of 12 lunar months in a year of 354 or 355 days. It is used to determine the proper days of Islamic holidays and rituals, such as the annual period of fasting and the proper time for the Hajj.

The Islamic calendar employs the Hijri era whose epoch was established as the Islamic New Year of 622 CE. During that year, Muhammad and his followers migrated from Mecca to Medina and established the first Muslim community (ummah), an event commemorated as the Hijra.

In the Islamic calendar, the months begin when the first crescent of a new moon is sighted. Consequently, the Islamic year is 10 to 11 days shorter.

Sighting the moon for Ramadan

Ramadan fasting happens on the 9th month of the Islamic calendar. Ramadan starts with the sighting of the crescent and is completed in one lunar cycle.

Many Muslims insist on the local physical sighting of the moon to mark the beginning of Ramadan, but others use the calculated time of the new moon or the Saudi Arabian declaration to determine the start of the month.

Turkish Muslims use an Islamic calendar which is calculated several years in advance by the Turkish Presidency of Religious Affairs (Diyanet İşleri Başkanlığı).

Get Our Ramadan E-Book
Live Ramadan As a Journey of Love
YES, I WANT

The meaning of Ramadan

It is a self-cleansing process in that it enables one to better empathize with the less fortunate and boosts auto-control by consciously refraining from ill-speech, idle talk, gossiping loss of temper, or any other malicious behaviors disapproved by Allah (God).

Considering that food, beverages, smoking, etc. are means of avoidance in our day-to-day lives, Ramadan also provides one with an extraordinary opportunity to increase self-awareness through self-reflection uninterrupted by all the distractors.

As tough as it seems, the rewards it bears outweigh all the challenges. That is why some consider Ramadan Kareem (generous Ramadan) to be appropriate to use attributing this generosity to Allah.

Muslims greet each other during and at the end of Ramadan with Ramadan Mubarak (Blessed Ramadan). It can be interpreted as “May Allah grant you with a blessed Ramadan.”

Muslims break their fast each day with a meal they share with family members and friends. The end of this holy month is followed by a three-day feast (Bayram), which is known as Eid al-Fitr.

Ramadan is also spelled as Ramadhan or Ramazan.

The roots of Ramadan lie in the life of Prophet Muhammad (PBUH: peace and blessings be upon him) when he was got first acquainted with the divine in 610 CE.

What makes Ramadan holy in the first place was that the first revelations of the Holy Quran were revealed to Prophet Muhammad through the Arch-Angel Gabriel on Mount Hira. However, the verses mandating fasting for Muslims arrived 12 years after this incident. 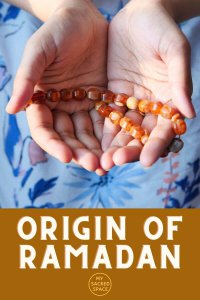 Concerned with the social unrest, corrupt system, widespread discrimination (against women in particular), tribal conflicts, and erosions of morals in general, Prophet Mohammad began to take periodical retreats and for contemplation and reflection.

That is when Islam was first introduced to the Prophet. Approached by Gabriel, Prophet Muhammad was given the very first revelations;

“Proclaim! (or Read!) in the name of thy Lord and Cherisher, Who created― Created man, out of a (mere) clot of congealed blood: Proclaim! And thy Lord is Most Bountiful― He Who taught (the use of) the Pen― Taught man that which he knew not.”

Gabriel, then, appeared in his angelic form and that is when Prophet Muhammad fled the cave thinking he was visited by an evil spirit. He ran down the mountain in fear and directly went home.

He asked Lady Khadijah (his wife) to cover him up (with a blanket or piece of cloth). Hearing what happened on the mount Hira, Khadijah took Prophet Muhammad to her devout Christian relative. Prophet Muhammad, then, was told by the relative of Khadijah that it was Gabriel that had visited him earlier that day.

What happened in Ramadan?

Symbolically, Ramadan emerged from a retreat and was followed by an unprecedented societal change. Just like Prophet Muhammad did in the retreat, one can find refuge in Ramadan from any uneasiness and positively change the way their life unfolds.

How does Ramadan work?

Sunrise marks the beginning of fasting which lasts until sunset.

Muslims awake for the pre-dawn meal, also known as suhoor, which generally consists of light dishes such as cheese, olives, bread, etc.

Suhoor (pre-dawn meal) is a very special moment as one abdicates their sleep and wakes up in the middle of the night only for the sake of Allah whether alone or as a family. It does offer this amazing spiritual space where Allah’s mercy and grace (Rahmah) can be felt to the bone and warms hearts ineffably.

Why do Muslims fast during Ramadan?

As fasting is a constant reminder of Allah and should be performed with absolute restrictions such as not eating and drinking as well as any form of mischief, people tend to be kinder, which is kind of going back to the fitrah, the pure state with an unfiltered belief in Allah when everybody is born. Therefore, peace is felt both on a personal and communal level.

During fasting, Muslims must avoid eating, drinking, and smoking as well as any kinds of bad behavior during the time the sun is shining.

“If a person does not avoid false talk and false conduct during the fast, then God does not care if he abstains from food and drink.”

Besides, Ramadan does not mean to avoid worldly responsibilities by using fasting as an excuse. That is, one who fasts is encouraged to live life as it is outside of Ramadan.

The fast is broken with the evening adhan (call for prayer made from mosques) generally with dates just as Prophet Muhammad did back in the time.

Ramadan eating times: when you can eat during Ramadan?

Once it is the time of sunset, it means you can eat. People have Ramadan calendars to know when they can eat that specific day. Eating outside preferably in nature, waiting in silence and feeling the sunset, doing your prayers, and being mindful. Great parts of the iftar.

Delicious meals are made for Iftar tables. That being said, Islam encourages iftar tables to be as simplistic as possible and discourages excessive eating. Iftar tables are where Muslims gather families and friends to eat in fellowship.

After breaking the fast and before having dinner, Muslims perform their fourth prayer, which is the Maghrib prayer.

After the Iftar (Ramadan dinner), Muslims make their way to mosques to perform their fifth daily prayer; the Isha prayer. It is followed by a voluntary congregational prayer named Taraweeh.

All in all, Ramadan is a month of self-reflection, patience, perseverance, tolerance, kindness, deep connection at every level (God-subject, kids-parents, communal, etc), and rewards.

We are all unique so our paths. Ramadan is about slowing down, coming to the moment, being aware, feeling gratitude, leaving all the desires for a month, and connecting with the One.

The only door I have discovered to connect to the One is via the connection to yourself.

Ramadan is a great time of retreat, an invitation to an inner journey.

Below is a Pinterest friendly photo…. so you can pin it to your Ramadan Board! 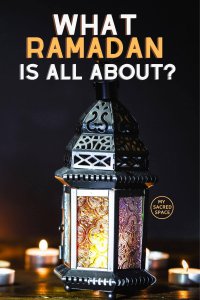